With the latest round of 44 LSTF(2) awards now confirmed across England, we take a look at last year's LSTF-funded programme outcomes to see how our mix of technology, creativity, and good old human interaction is working better than ever at getting more people enjoying cycling.

In 2013, Challenge for Change fully rolled out the new Love to Ride platform, delivering Cycle Challenge programmes in towns and cities across Britain. As far apart in the UK as Jersey, York, Swansea and Belfast, Love to Ride criss-crossed the country on a mission to get as many people as possible in the saddle and enjoying cycling.

Our 2013 LSTF programme results include:

These numbers show that Love to Ride's Cycle Challenges in 2013 got a lot of pedals turning, but in order to measure their success in changing behaviour, it is necessary to look at the data in more detail.

Participants complete a short but crucial baseline survey when they registered on Love to Ride. By measuring this data against the results of follow-up surveys conducted at key intervals after each Challenge, we can analyse how each Challenge led to positive changes in behaviour, encouraging people to take up cycling as both a leisure activity and for transport.

Here's what the Challenge programmes achieved in 2013:

An average of 8% of those who tend to drive to work said that three months after their Challenge, they cycled to work more than they commuted by car: in some locations this figure was as high as 17%. 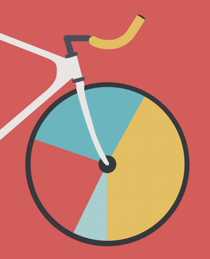 We work with local authorities across the UK and create programmes to match every budget. To discuss how Love to Ride can work in your area, please call Sam on +44 (0)7734 833451, or drop an email to sam@lovetoride.net.