Johann Weber is our Partnerships Manager, and is a PhD in Public Policy (exploring the implementation of bicycle infrastructure across the United States). He loves to help cities, regions, and workplaces get more people on bikes. 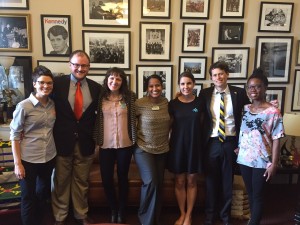 Many tourists visit DC in March to enjoy the cherry blossoms (which are in full bloom this week, I’ve heard), others are there for an even more exciting occasion: The National Bike Summit! In it’s 16th year, the National Bike Summit is an annual gathering of North American advocates, industry, experts, and officials organized around an exchange of ideas and a bit of lobbying on Capitol Hill. The first few days offer plenaries and panels, and the final day gives the choice of lobbying or training sessions.

This was Love to Ride’s first year as a sponsor of the National Bike Summit, and my fourth Summit as an attendee. My first Summit was 2011, a very tumultuous time for transportation policy, and in the years since that first Summit I’ve observed a number of changes which indicate important progress underway within the bicycle advocacy community.

In past years, attendees have been given critical ‘asks’ to take to their legislators such as federal transportation funding, safety programs, restrictive requirements or access legislation, and the like. The tone this year was markedly different, the result of a shift away from transportation as a priority legislative issue thanks to a much-needed five-year transportation funding authorization passed at the end of 2015 (the FAST Act). Instead, those of us who had the pleasure of sitting down with legislative staff on the final day of the Summit focused our time on thanking those who made the FAST Act possible and advocating for the PHIT Act*.

Equity was a Core Focus at the Summit 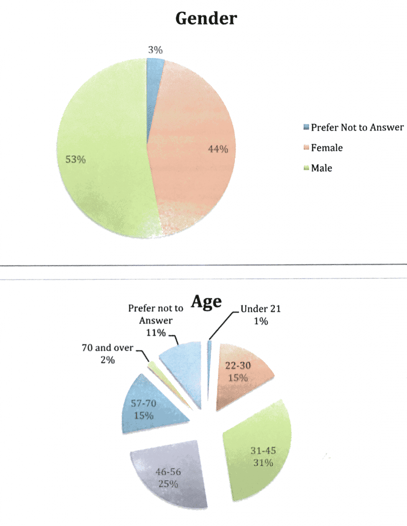 Another evolution on display was the folding in of the Women’s Forum, which had been a more recent stand-alone event preceding the Summit, and a greater emphasis on diversity in Summit topics and presenters. Every breakout period offered at least one session on inclusion, engagement, or leadership in gender or racial equality, making those the common themes of the Summit for 2016. Compared to previous Summits, this was a welcome change toward a more equitable representation of communities of “invisible” riders as well as those who are interested but concerned, and may in fact stand to gain the most from bicycle advocacy.

It’s a great sign that we no longer need strong asks, thanks to years of persistent advocacy and steady progress in messaging and coalition-building. Equally exciting is the growing diversity of attendees and perspectives represented at the Summit. In future years I expect the bicycle advocacy community will face a different challenge: pushing beyond the moderate successes of the past twenty years and into a leadership role in transportation policy locally and nationally. As the bicycling community better engages and represents, the opportunity to lead will surely present itself. I hope we’ll be ready to take it, and bring bicycling to the forefront of the 2020s!

*A bill that would allow individuals to use pre-tax money from their Health Savings Accounts on fitness items, such as a bike.