It’s 200 years since the very first bike ride. Karl Drais invented the ‘Draisine’ - the earliest form of the modern bicycle. He covered 13 km (eight miles) on his first adventure on his invention. Constructed almost entirely of wood, the Draisine weighed 22kg (48lbs), had brass bushings within the wheel bearings, iron shod wheels & a rear-wheel brake.

This first ancestor of the modern bicycle was the humble origin of a solution to many of the problems we face in the 21st century. Public health, congestion and pollution can all be made better by the adoption of two wheels for fun and transportation.

We invite everyone to celebrate the birthday of this incredible invention by giving the gift of cycling: invite someone you know who would benefit from a bike ride to go out for a spin. If you record it on the Love to Ride site, you could both win a prize!

All of us who ride a bike owe Karl Drais a thank you – let’s celebrate the bicycle’s birthday by spreading the love and helping more people to enjoy the freedom of two wheels. 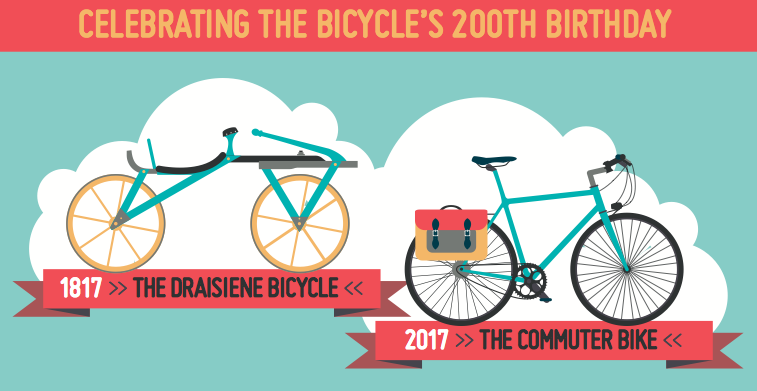