Anyone Can Cycle the World

Despite riding across deserts, over mountains and through jungles they experienced far more kindness and hospitality on their journey than they did hardships.

In this extract from Tim's new book - With the Sun on Our Right - he discusses how little planning they did for the trip, how cheaply they travelled and how little experience is required for undertaking a long bicycle journey. Which leads him to the inevitable conclusion that perhaps anyone can cycle the world...

Anyone Can Cycle the World

When we left home, we had not even worked out how to get to the south coast of England, let alone mapped out what roads we would take across Italy, Albania or Vietnam. Once we got going, we just looked at what country we were aiming for next and planned a few days ahead. Similarly, we did not arrange a single visa before leaving home. In fact, of the 26 countries we visited, only two required visas to be arranged in advance. 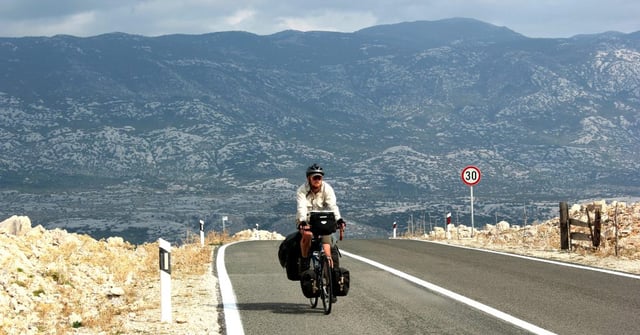 Part of this could be attributed to our laissez-faire approach to life, preferring to take things as they come rather than map them out in detail. But mostly it is a testament to the ease and simplicity of cycle touring. You carry everything you need to be self-sufficient so it does not really matter where you end up at the end of a day.

You could plot an entire route around the world on a GPS device if you really wanted, but we just set off with enough maps to get us across Europe and then picked up free ones from tourist information offices as we went. Everywhere has road signs and people can usually point you in the right direction if the worst comes to it. Besides, navigating is rarely as hard as it is in the UK, with its dense network of intertwining roads. In lots of countries, we would follow one road for several days without making a single turn. Whenever we struggled in big cities, we used Google Maps on our phones. Cycling around the world is not complicated. 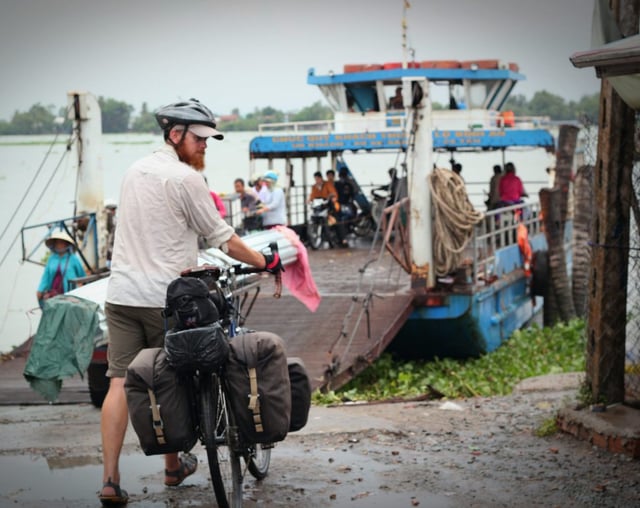 As with the practical preparations for the trip, very little physical preparation was required. We didn’t do any training. We cycled around London a lot, but never went out of our way to get in shape for the trip; we just got fit as we went. There are those who set off around the world at record speeds, pushing their bodies as hard as they can, but it was not like that for us. Sometimes it was hard work, but we would often cruise all day and simply enjoy the scenery. Cycling around the world need not be a gruelling experience.

The trip did not cost a lot of money either. We were away for almost a year and a half, and during that time our total expenditure was £6,500 each. That is still a reasonable sum of money, but I know people who have spent more on a two week holiday. Averaged out, we each spent £406 a month, which is far less than the monthly rent we had been paying on our London flat. That amount includes all of the food we bought from supermarkets, cafes and restaurants. It includes every visa fee we paid, multiple repairs to our bikes, campsite fees, hotel bills, several international flights, a few bits of medical attention, travel insurance for America, replacement clothes, local SIM cards, cups of tea, cups of coffee, toothpaste, toothbrushes, soap and more. Every penny that left our bank accounts while we were away is included in that sum of £406 per month. It was the cheapest we have ever lived and probably ever will. Cycling is cheap. 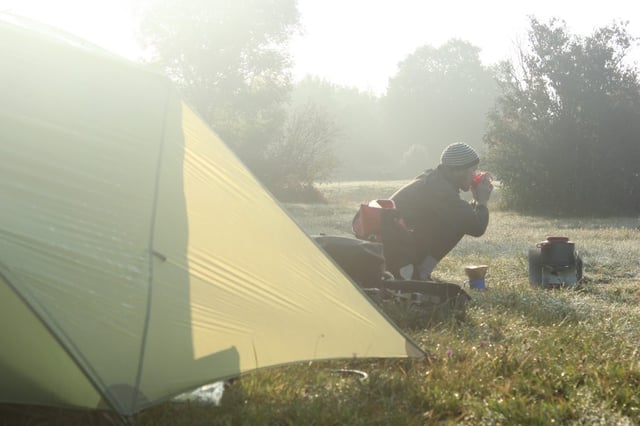 We were very lucky to be given some top quality touring bicycles for our trip by Ridgeback. Having previously only ridden bikes that were either second-hand or very cheap (or both), it was a real luxury to have good quality bikes that ran smoothly and reliably. However, a fancy bike is not a prerequisite for doing a big trip. All of my previous touring was done on a £180 bike from Decathlon, and hundreds of people have ridden across the globe on old mountain bikes. Others have used Brompton folding bikes, penny farthings and even unicycles. Ann Wilson, a friend who cycled around the world aged 59, only got as far as Bulgaria before her custom-built touring bike was stolen. Undeterred, she bought a cheap replacement from the local bike shop and carried on regardless. Another friend, Tom Allen, cycled from Lands End to John O’Groats using a bicycle he found at the local tip. You can cycle around the world without a fancy bike.

Although Laura and I had expedition and travel experience before we rode around the world, we had never undertaken an adventure on this scale before. We were reassured however, by knowing that experience is not a prerequisite for such a trip. Loads of people set off into the unknown on two wheels, without any cycling pedigree. While riding through China, veteran adventurer Sarah Outen bumped into a guy who asked if he could come with her. He had never cycled beyond his hometown before and did not own a bike, but he joined her anyway and cycled across China. The only experience Ann Wilson had when she decided to take early retirement and head east was riding her bike from Carlisle to Ipswich. There are even round-the-world cycling veterans who still do not know how to change a tyre. You do not need a lot of experience to cycle the world.

In short, our trip did not take much planning, require any training or cost a lot of money. It could have been done without a flash bike and it did not require any experience. Cycling around the world is not as hard as you think.

In fact, although our adventure was remarkable to us in so many wonderful ways, going on a big bike trip is not remarkable in itself. Anyone can do it and thousands have. Students fresh out of college have done it, as have those in their 50s, 60s and 70s. Men go on their own, as do women. Dervla Murphy cycled solo to India in the 1960s. Families do it too. Nancy Sathre-Vogel, for example, completed a 27,000 mile trip with her eight-year-old twins in tow. Even serious disabilities need not necessarily rule it out: Karen Darke crossed the mountains of Central Asia on a bike, and she is paralysed from the waist down; and despite being legally blind, Christi Bruchok and Tauru Chaw pedalled from Alaska to Ushuaia.

Anyone can cycle around the world.

You can cycle around the world.

I did not know that when I set off, but I know it now.

Check out Tim's site, where he helps people go on adventures: thenextchallenge.org. 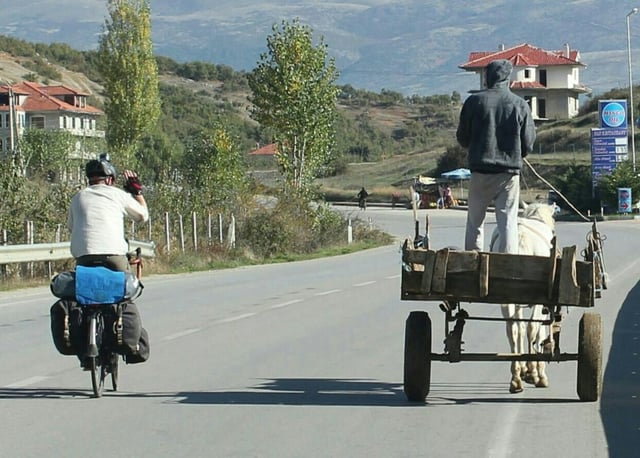