How Covid-19 will influence transportation behaviour

The aims were to explore whether COVID-19 had impacted:

Here are our findings:

Almost half of the people who are new to riding, and those who normally ride less than once a week (occasional riders), noted they were riding more often in May 2020 than at this time last year. 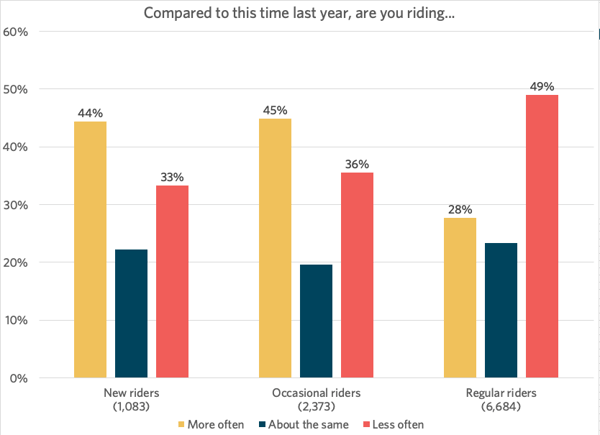 3 in 5 people who are new to riding, or ride occasionally, say they’re going to ride more often in the coming weeks and months. 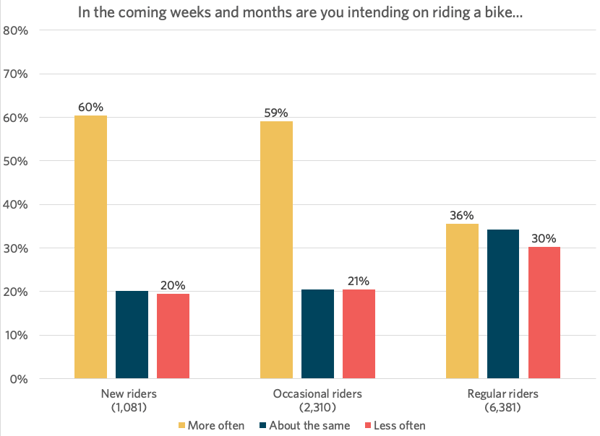 In the U.S. - 2 in 5 public transit users say they are less likely to use public transport to get to work 6-months after stay at home orders are lifted. 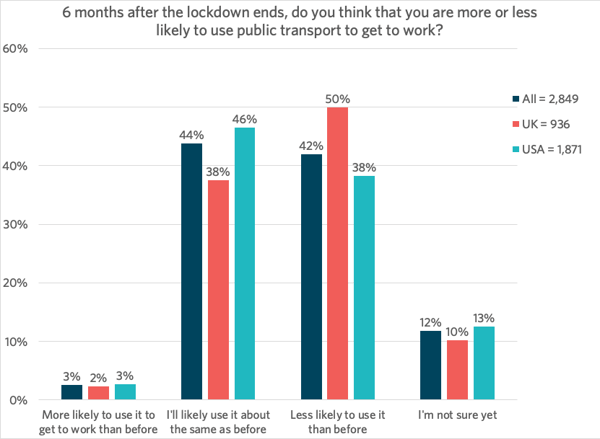 57% of public transport users would bike to work instead

17% of public transport users noted they would combine more than one mode of transport (i.e. bike and drive alone) or work from home on some days and bike to work on others. These have been grouped within ‘other’. 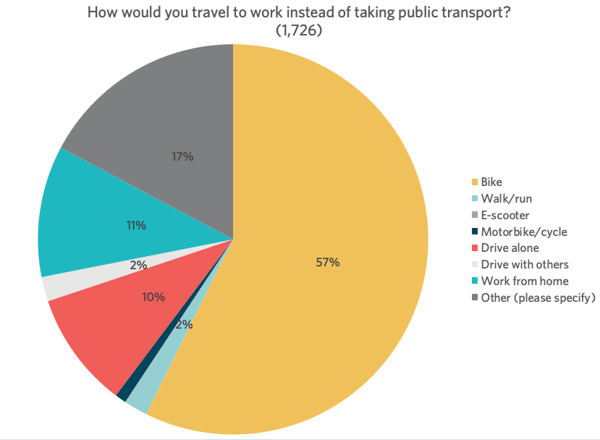 As frequency of riding increases, a smaller proportion of people (who normally use public transport to get to work and are less likely to do so after lockdown) indicated they would travel to work by driving alone.

16% of new riders said they would drive to work instead of using public transport compared to 6% of regular riders.

If we can encourage and support new and occasional riders to continue to ride more often at this time, then we may see a reduction in intention to commute to work by driving alone after the lockdown is lifted. 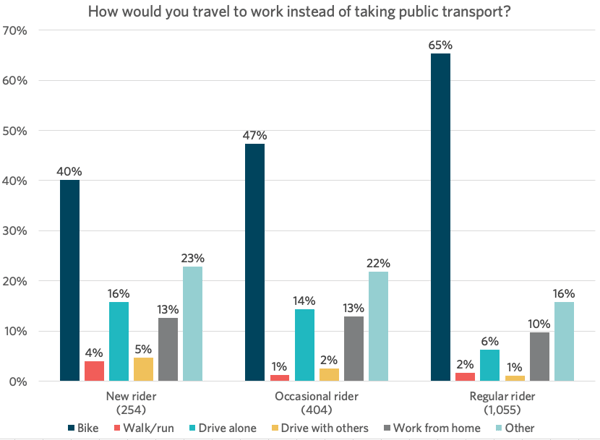 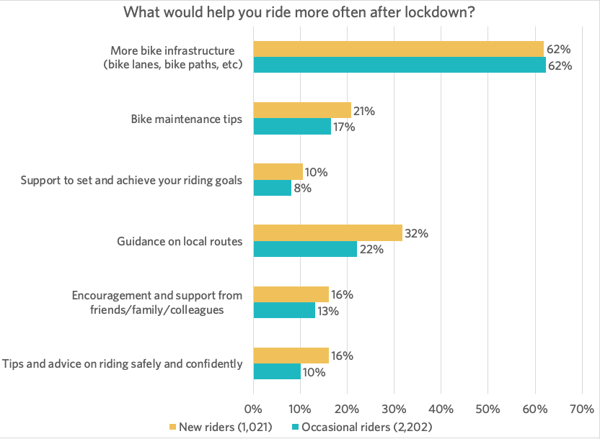 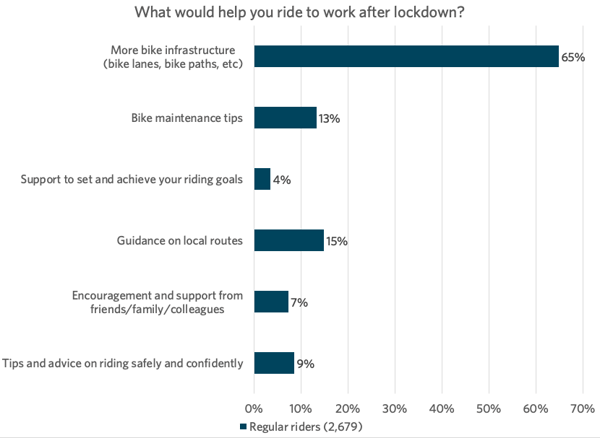 We carry out research with participants of our programs to understand their barriers, motivations, intentions and behaviors. If you're interested in getting data to inform the design of your program, or to measure your impact, then please do get in touch - hello@lovetoride.net